MADISON, Miss., June 20, 2019 /PRNewswire/ — Vertex Aerospace is pleased to announce its selection as a recipient of the 2019 James S. Cogswell Outstanding Industrial Security Achievement Award. The aerospace defense company was one of 51 facilities selected for the award, which is the highest honor bestowed by the Defense Security Service. “We are honored to be recognized by this award, which is a testimony to Vertex’s continued commitment to excellence in security and the support of our customers,” said Ed Boyington, Vertex President and CEO. “The safety of our customers, employees, and their data has always been our top priority.”

“We have developed a very in-depth Counter Intelligence program that allows us to directly interface and share information with our DSS and FBI counterparts,” said Robert Hayes, Vertex’s Corporate Director of Security. “These government relationships and our skilled security team working hand-in-hand are directly attributed to our continued success.”

Vertex prides itself on being a trend setter within the defense industry. The Company was one of the first defense contractors to establish an insider threat program, or ITP, long before the DSS required implementation.

The Cogswell award was established in 1966 in remembrance of late U.S. Air Force Col. James S. Cogswell, the first chief of Industrial Security. Cogswell developed the basic principles of the National Industrial Security Program, including an emphasis on partnerships between industry and government to protect classified materials.

About Vertex
Vertex Aerospace is a global aerospace company that provides rotary and fixed wing aircraft maintenance and logistical solutions for government and private sector customers. The Mississippi-based Company has over 4,300 employees at its 100+ international locations and is proud to have a 50% veteran employee rate. Information about the company and job announcements can be found on the Company website at www.vtxaero.com, LinkedIn, Facebook, or Twitter. 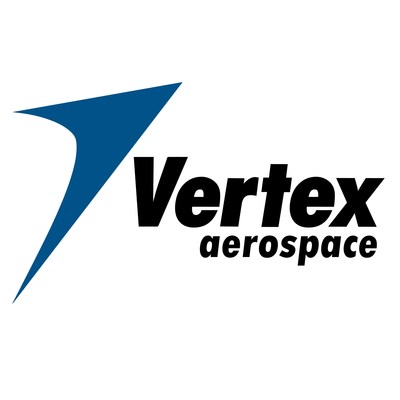