The new Cyberspace Solarium Commission has secured 11 of its recommendations in the House’s $740 billion fiscal year 2021 defense authorization bill, approved on Tuesday, including a top provision to establish a National Cyber Director position.

Lawmakers adopted a slate of new amendments based on the commission’s recommendations as it debated the bill over the last two days. 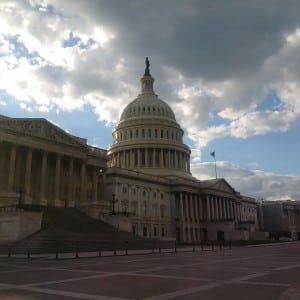 “The House’s National Defense Authorization Act will do more for our nation’s cybersecurity than any bill in a long time,” Rep. Jim Langevin (D-R.I.), a commissioner, said in a statement. “Thanks to the many bipartisan cybersecurity leaders we have in the House, the defense bill includes eleven additional legislative provisions to implement the Cyberspace Solarium Commission report. Most important, we create a Senate-confirmed National Cyber Director in the White House to coordinate strategy and national incident response.”

During Monday’s NDAA debate on the floor, Langevin called the cyber director position a “long overdue policy change” that is required to coordinate interagency efforts “on a truly whole-of-nation [cyber] strategy.”

New commission-related amendments added to the bill on the House floor this week include authorizing DHS’ Cybersecurity and Infrastructure Security Agency (CISA) to provide shared cyber security services to agencies upon request and standing up a Joint Planning Office to coordinate cyber security measures across critical infrastructure stakeholders,

“By including some of the Cyberspace Solarium Commission’s critical recommendations, this bill takes these challenges head on and implements policies that will no doubt help better secure our nation in cyberspace. There’s more work to be done, but this is an important step forward,” Rep. Mike Gallagher (R-Wis.), co-chair of the commission, said in a statement.

The House Armed Services Committee previously added amendments based on the commission’s recommendations, to include establishing DoD threat intelligence sharing programs with the defense industrial base and studying the potential for a new Defense Industrial Base Cybersecurity Threat Hunting Program (Defense Daily, July 2).

The commission, which is led by Sen. Angus King (I-Maine) and Gallagher, released its year-long report in March, detailing 75 recommendations to begin a new structural approach to cyber deterrence and establishing steps for a new national cyber strategy (Defense Daily, March 11).