The House Appropriations Defense Subcommittee (HAC-D) on Wednesday advanced its $706 billion fiscal year 2022 spending bill by voice vote, with the full committee set to take up the legislation on July 13.

The bill, which matches the president’s $715 billion requested Pentagon budget when combined with the separate $11 billion proposal for military construction, received no additional amendments during Wednesday’s closed markup session. 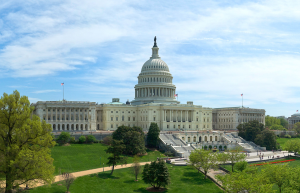 “The defense appropriations bill provides resources requested by the Secretary of Defense to protect our national security, maintain a strong industrial base to support good paying jobs, and counter the rising threats from our adversaries, including China,” Rep. Rosa DeLauro (D-Conn.), chair of the full appropriations committee, said in a statement.

Republicans are likely to oppose the bill when it comes before the full committee, following weeks of scrutiny that the topline doesn’t meet a call for 3 to 5 percent budget growth, while progressive lawmakers have cited concerns that defense spending has grown too large and funds should be reallocated to other domestic priorities.

The bill also marks the return of “community project funding items,” otherwise known as earmarks, with HAC-D releasing the list of funded efforts in the bill following the markup.

All the earmark projects that received funding went to various research and development accounts, to include the following:

For the Navy, HAC-D’s bill also adds $915 million above what was requested for a total of $23.5 billion to cover two total destroyers, two SSN-774 attack submarines, one frigate and several other platforms.

The bill also restores procurement funding for the Army’s CH-47F Block II program and added funding to cover six MQ-9 Reaper drones for the Air Force after the service requested no such funds in its budget (Defense Daily, June 29).