The White House and Senate Republicans are calling for the next COVID-19 relief package to cover $21.3 billion for defense, including $11 billion for industry’s pandemic-related claims, according to a copy of the proposal obtained by the New York Times.

The draft proposal arrives as Congress begins deliberation over its next emergency response bill, which Pentagon officials have urged lawmakers to include additional supplemental funding for the department. 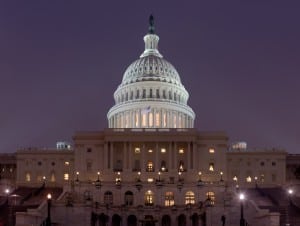 The earlier CARES Act relief back package included a provision authorizing the Pentagon to cover the defense industrial base’s efforts to keep workers employed but did not appropriate funds for reimbursements.

Rep. Adam Smith (D-Wash.), the chairman of the House Armed Services Committee, has said previously he opposes supplemental funding and added the Pentagon should be able to cover the reimbursements with the $10 billion in emergency funding from the CARES Act, of which he said the department had yet to allocate half of the funds it received (Defense Daily, June 30).

The proposal does not specify how the other $10.3 billion for defense spending would be authorized under the next bill.