JFK-named schools to be sponsored with Space Lab program

WALTHAM, Mass., April 30, 2019 /PRNewswire/ — The John F. Kennedy Library Foundation, in partnership with Raytheon (NYSE: RTN), launched two programs to engage students in space exploration through STEM learning. Students nationwide will have access to experiments like those performed on the International Space Station. Additionally, in commemoration of President Kennedy’s vision and commitment to opening new frontiers, middle and high schools named for the president will be eligible for space education grants. The programs, developed in cooperation with the International Space Station U.S. National Laboratory (ISS National Lab), are made possible by Raytheon’s $1.5 million sponsorship of the John F. Kennedy Library Foundation to commemorate the 50th anniversary of the Apollo 11 moon landing and the technological leadership of the nation’s first moonshot. JFK Space Lab presented by Raytheon
JFK Space Lab presented by Raytheon will provide selected schools named after President Kennedy with support for experiments that utilize direct connections with and data from the International Space Station covering areas of Earth science, biology and computer science for middle and high school students. Experiments range from ExoLab in which students monitor a plant experiment on the ISS, to EarthKAM, in which students select targets for a camera on the International Space Station to better understand planet Earth.

Schools will be able to conduct their teacher-led JFK Space Lab in virtually any classroom or common area with an Internet connection, with training and maintenance support from the ISS National Lab. Students will even have the opportunity to compare the results of their JFK Space Lab experiments with real scientists and astronauts in space.

“By challenging and inspiring us to land on the moon, President Kennedy not only made the United States a leader in space exploration, he launched a new era of science, technology and education that inspired this partnership to create the JFK Space Labs,” said Steven M. Rothstein, executive director of the John F. Kennedy Library Foundation. “Through the generous founding contribution from Raytheon, we will inspire and excite the next generation to contribute to improving the world and our lives through STEM learning.”

“The JFK Space Lab programs are an important and exciting addition to the ISS National Lab STEM education partner network, which teaches and engages new generations of students by immersing them in the science and research aboard the orbiting microgravity laboratory,” said ISS National Lab Chief Operating Officer Ken Shields. “We look forward to working alongside Raytheon, the John F. Kennedy Library Foundation and all partners to bring JFK Space Lab to schools and communities around our nation while we collectively seek to educate and empower students to push the boundaries of learning.”

Raytheon’s leadership in space-related capabilities originates in the Apollo era. Raytheon contributed two historic technologies to the Apollo 11 program: in collaboration with MIT’s Draper Laboratory, Raytheon built the Apollo Guidance Computer that solved flight and steering equations for spacecraft’s position, velocity and trajectory. Raytheon also created the Amplitron®, a microwave amplifier tube in the Lunar Module communications system that beamed the live broadcast of the moon landing 200,000 miles back to Earth. Visit here to learn more about how Raytheon technology led Apollo 11 astronauts to the moon, as well as the moonshot innovations its employees are working on today.

To learn how to support JFK Space Lab programs in your community’s school, please contact the John F. Kennedy Foundation at jfkspacelabsinfo@jfklfoundation.org.

About Raytheon
Raytheon Company, with 2018 sales of $27 billion and 67,000 employees, is a technology and innovation leader specializing in defense, civil government and cybersecurity solutions. With a history of innovation spanning 97 years, Raytheon provides state-of-the-art electronics, mission systems integration, C5ITM products and services, sensing, effects, and mission support for customers in more than 80 countries. Raytheon is headquartered in Waltham, Mass. Follow us on Twitter.

Visit www.jfklibrary.org for the latest announcements and calendar of events. 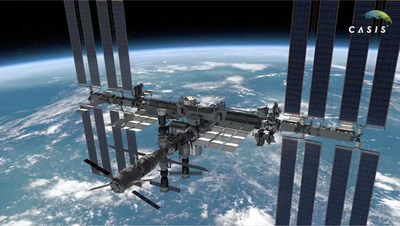