Yll Bajraktari, NSCAI’s executive director, said commissioners will specifically focus on getting specific proposals included in the next National Defense Authorization Act to meet the report’s push for the U.S. to stay ahead of China in the AI technology space. 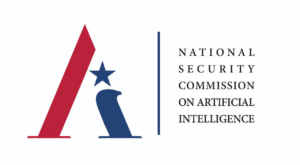 “We’re here to help. We have about six months now to socialize and really see the execution of some of the low-hanging fruit recommendations. For some of the big moves, we hope that the White House and Congress take real ownership and try them from a top-down perspective. And [JAIC Director] Lt. Gen. [Michael] Groen has been a tremendous partner and we’ll continue working with him and his staff in the coming days and months,” Bajraktari said during a GovernmentCIO virtual event.

NSCAI, which was established in 2019, submitted its final report to the White House and Congress on March 1, which includes recommendations for boosting funds for research and development and microelectronics production to ensure the U.S. is “AI-ready” by 2025 (Defense Daily, March 1).

“From March until October when we end, we will spend an enormous amount of time socializing our recommendations,” Bajraktari said.

Groen said JAIC’s ability to implement the NSCAI’s recommendations will coincide with its ability to translate its smaller individual AI efforts into larger enterprise initiatives across areas such as warfighting and logistics.

“An integrated warfighting AI-driven enterprise that still eludes us. We are not at that point yet,” Groen said during the same GovernmentCIO discussion. “We have a lot of work to do to get to the point where we can address some of these [NSCAI] recommendations, because we have to build the right foundations.”

Bajraktari said he believes Groen can serve as an advocate for pushing more aggressive AI development to keep pace ahead of China as the commission urges Congress  to include its research and funding recommendations in the next NDAA.

“I’m hoping that Lt. Gen. Groen will take the baton inside the department to really focus on the implementation mechanism, and JAIC is probably the best suited in terms of understanding what are some of the recommendations we can do now and which ones are more mid-term or long-term. I think under Lt. Gen. Groen’s leadership we can see some kind of a big movement inside the department to be AI-ready by 2025,” Bajraktari said.