Defense Daily
© 2023 Access Intelligence, LLC - All Rights Reserved. Registration on or use of this site constitutes acceptance of our Terms of Service, Private Policy, and Cookie Policy.
A CH-53K King Stallion receives fuel from a C-130 tanker while carrying a 27,000 lb. load in September 2020. (Photo: U.S. Navy)
Share:
By Rich Abott |
1 year ago |
03/11/2021
Marine Corps Navy
Also In This Issue:

A Government Accountability Office (GAO) report this month recommended the Navy should not buy more than six new CH-53K King Stallion helicopters per year until the initial operational test and evaluation (IOT&E) period is finished.

The CH-53K, being built by Lockheed Martin’s Sikorsky [LMT], is meant to replace the CH-53E model to provide combat assault transport of heavy weapons, equipment. And supplies from sea to support Marine Corps operations ashore. The 53K is designed to take up the same amount of space on a ship while improving lift, reliability, maintainability and life-cycle cost improvements.

According to the report, “Heavy Lift Helicopter Program: Navy Should Address Cost and Schedule Risks,” technical issues found during developmental testing delayed the start of operational testing, causing the extension of the development contract period of performance while putting the program at risk of not meeting some performance goals.

Previously, the Marine Corps found multiple design deficiencies during flight test that delayed IOT&E and pushed back entry to service to at least 2021.

As of November 2020, the helicopter program identified 126 technical deficiencies or issues and it must verify steps to address 106 of them to start operational testing. The report said as of last October the program office said 75 of those 106 issue solutions have been closed, 30 are pending verification and one has a solution being developed.

“Program officials also stated that the program is on track to have fixes for all 126 issues verified and closed prior to the first deployment in fiscal year 2024,” the report said.

The helicopter is now expected to be fully operationally capable by 2029. However, GAO underscored the management and technical issues causing program schedule delays have increased program costs significantly, with additional costs possible.

“As of December 2019, the Navy estimated that the CH-53K would cost about $15.3 billion more to develop and produce and about $29 billion more to operate and support the helicopters through fiscal year 2061 than the estimates first developed at the start of the program in 2005.”

A 2011 GAO report said most of the $6.8 billion cost growth at the time resulted from an increase in the planned total helicopters from 156 to 200 in 2008 to support a higher Marine Corps force strength

“This increase, among other factors, required the program to change both its development and procurement cost estimates. Overall, the program’s total estimated lifecycle costs—which include the estimated cost of operating and supporting the aircraft—have increased by about $44.7 billion, a 63 percent increase from the program’s initial estimate.”

The office said that, according to the Defense Contract Management Agency, as of November Sikorsky had finished about 84 percent of its planned work on contracts supporting the development program.

“Also driving the cost risk is insufficient management reserve—which means the program may not have enough time and money to complete the tasks necessary to finish the development effort within current schedule and cost targets,” the report said.

GAO also expressed skepticism of the capabilities of the production line along and the contractor facing issues with its supplier base.

While program officials say the line is approaching maturity and is nearly capable of producing the maximum expected production over the next decade, 24 helicopters annually, GAO argued “the program office’s last assessment of the production line was in 2017, when the program entered initial production.”

Moreover, the assessment has not yet been done on the actual production line used to build the CH-53K in a new Sikorsky line in Connecticut, but only on a previous line where System Development Testing Article (SDTA) helicopters were built in Florida. The Connecticut production line facility opened in 2018.

GAO said the production has also not reached metrics for maturity. When it was last assessed, the production line was at Manufacturing Readiness Level (MRL) seven but DoD guidance prefers programs enter production at level eight.

In contrast, MRL 7 “is typical for the mid-point of development and is when the manufacturing line can produce systems, subsystems, or components in a production representative environment.”

“The Connecticut production line, on which 196 of the planned helicopters will be produced, has not been assessed to determine if the production line meets the criteria for MRL 8. The first helicopter to be delivered from this location is scheduled for September 2021,” the report said. 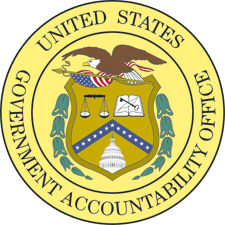 “The program has faced challenges with poor quality of parts, suppliers not producing enough parts, and process problems, among others. These problems have resulted in delays to the production of the development helicopters.”

GAO reported that Navy and industry officials expect delivery of the first low-rate production lot of two helicopters will be delivered between July and November 2021, a year later than planned, to incorporate changes needed to fix technical issues.

“According to DCMA officials, there may be continuing parts shortages experienced during future years of low-rate production. The program plans for a total of six low-rate production buys, with the most recent awarded annual procurement being for six helicopters.”

“The extent of the risk of the production line and supplier base will not be known until the program office completes planned work, now scheduled for 2022. Given the tightness of the time frames, it is concerning that the existing schedule for the program cannot be considered reliable, lacking key features that could make it a more useful tool for monitoring progress.”

The GAO recommended the Navy not exceed the current level of annual procurement of six helicopters per year until IOT&E is finished. It also recommends service leadership ensure the project’s integrated master schedule meets the GAO’s schedule guide definitions of “credible and well-constructed characteristics of a reliable schedule.”

In its response, DoD disagreed the master schedule should be revised. It acknowledged its integrated master schedule may not meet GAO’s leading practices “but maintained the program’s activities are properly sequenced and traceable.”

“In addition, DoD stated that the schedule was reliable because it was developed jointly with government and industry experts and is maintained and reviewed routinely using standard industry practices.”

The Defense Department also disagreed with the recommendation to limit procurement until IOT&E is finished.

DoD stated that the reduction in the planned quantities in fiscal years 2021 and 2022 “poses greater risk to the viability and affordability of the production program than the risk posed by the remaining technical challenges,” DoD said.

The department argued that there is no quantifiable data provided in the report that reasonably concludes that this recommendation will reduce the risk of the remaining technical challenges or potential concurrency issues.

DoD also said this reduction in procurement could cause price increases, negatively affect transitioning from the CH-53E fleet, and damage the industrial base.