Lockheed Martin [LMT] plans to establish a new facility to support its hypersonic programs in northern Alabama, bringing nearly 300 new jobs to the region over the next three years.

Company leaders and government officials will make a formal announcement Sept. 16, per a Lockheed Martin statement Monday. The new facility in Courtland will be devoted to the assembly, integration and testing of hypersonic programs, while basing the management and engineering workforce for those programs in nearby Huntsville. With the construction of two new buildings comes 72 new jobs to Courtland and 200 new jobs to Huntsville within three years, with additional job growth expected. 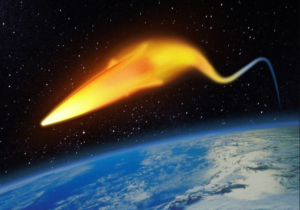 “We are honored to expand our presence in Northern Alabama and watch as the next cohort of innovators take advanced defense technology to levels we once thought were impossible,” said Scott Keller, vice president and general manager for Strategic and Missile Defense for Lockheed Martin, in the release.

The company recently realigned its space strategic and missile defense line of business to allow greater synergy across the hypersonic programs in that portfolio, said Eric Scherff, vice president for hypersonic strike programs.

“Within this line of business – led by Scott Keller, vice president and general manager [for Strategic and Missile Defense Systems] – this is a new portfolio that we just stood up, as we had this growth in the hypersonic area,” Scherff told Defense Daily in an Aug. 13 interview at Lockheed Martin’s Sunnyvale, Calif., facility.

Scherff is responsible for the Navy’s IRCPSW program as well as the Air Force’s HCSW program and the Army’s LRHW effort. Meanwhile, the TBG and ARRW programs fall under Lockheed Martin’s aerospace and missiles and fire control business areas.

With these varied hypersonic contracts across the services, the company is able to leverage technology development and lessons learned for each individual program, Scherff said. “The value of having Lockheed Martin be the prime contractor on these is really just that – to be able to bring that synergy, that added value that you wouldn’t get by having them in a more distributed fashion.”

The services are each looking to field a new hypersonic weapon within the next decade, and Lockheed Martin is observing the long-range forecast for the technology, which the Defense Department has identified as a top priority within the 2018 National Defense Strategy, he added.

“What we’re seeing now is those early stages of getting it out of S&T into creating real, producible, weaponized capabilities,” he said. “We listen to the commentary growing out of the OSD [Office of the Secretary of Defense], and OSD is talking about large, large numbers of these needing to be fielded to support our nation’s defense.

“When we look at that as a company, even at a portfolio level, it is certainly a degree of growth that is very exciting,” Scherff continued.

Turkish Foreign Minister: S-400 ‘Will Not Be a Threat’ to NATO