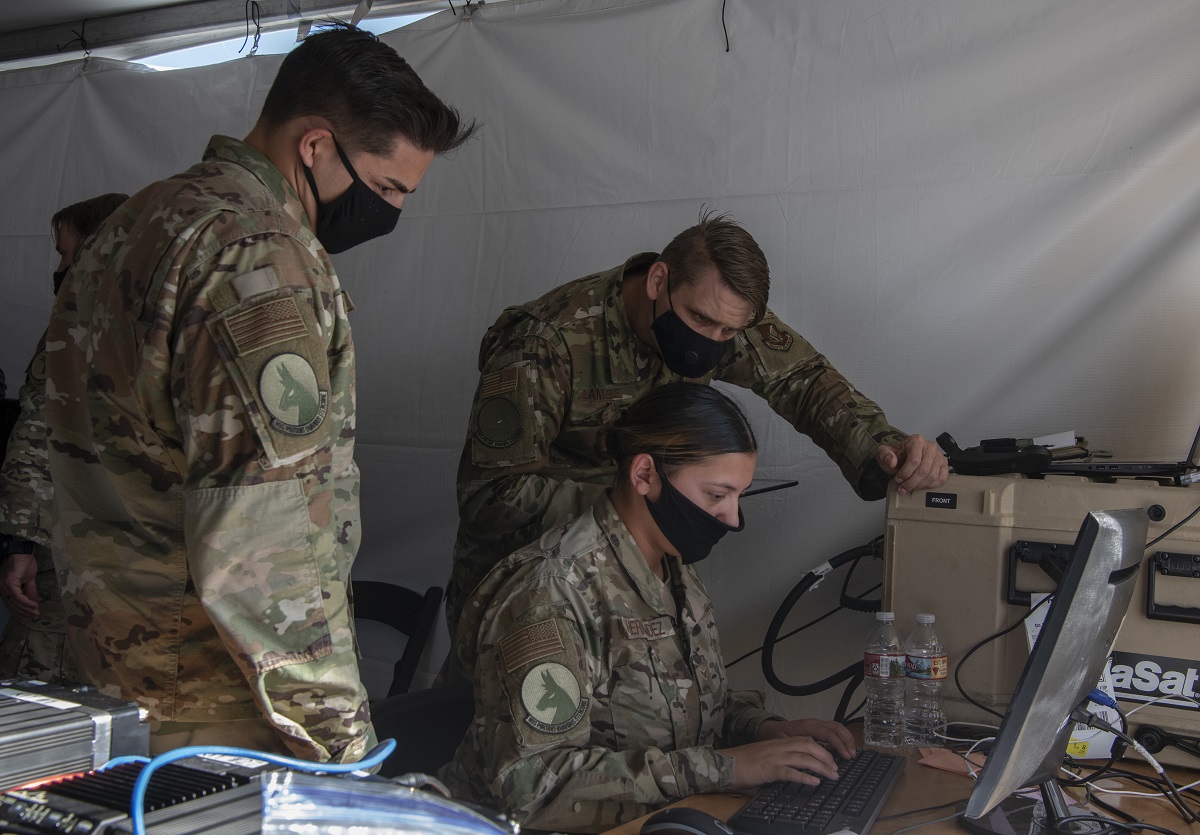 The Pentagon plans to release an unclassified version of the Joint All Domain Command and Control (JADC2) strategy, which Defense Secretary Lloyd Austin may sign soon, a top DoD official said on Apr. 21.

U.S. Marine Corps Lt. Gen. Dennis Crall, the joint staff’s director of Command, Control, Communications and Computers/Cyber (J6) and Chief Information Officer, told a C4ISRNet forum that “there already is [an unclassified version]” but that DoD has yet to approve it for release.

The J6 has briefed the draft strategy to Chairman of the Joint Chiefs of Staff Army Gen. Mark Milley and Deputy Defense Secretary Kathleen Hicks and is making final revisions before seeking Austin’s approval in the next week.

“What you’ll find in the unclass version, it will be pretty satisfying,” Crall said. “The areas that you might suspect we’ve kept classified are surrounding the nuclear command and control apparatus. It’s not classified that we have a line of effort that involves NC3. What is classified, of course, are the details surrounding that particular line of effort. The other lines of effort that we have listed are pretty open, and I think the readers will be able to get the full sense of the direction JADC2 is heading and maybe some of the delivery milestones we’re hoping to achieve.”

Vice Chairman of the Joint Chiefs of Staff Air Force Gen. John Hyten called modernization of the legacy nuclear command and control and communications (NC3) system his highest priority in testimony before Congress when Hyten served as head of U.S. Strategic Command (STRATCOM) and noted that it has been three decades since DoD comprehensively modernized the system.

In April, 2019,  STRATCOM declared initial operational capability of its NC3 Enterprise Center to lay the groundwork for an overhaul of the Pentagon’s NC3 architecture for future operations (Defense Daily, Apr. 3, 2019).

The military services are building their own components of JADC2–a DoD effort to build a cross-service digital architecture for multi-domain operations–in effect, a military Internet of Things with machine-to-machine interfaces.

Crall said on Apr. 20 that the J6 is also finishing a JADC2 posture review/gap analysis that analyzes what the military services lack in being able to meet the strategy. In addition, J6 work has started on a JADC2 implementation plan which will lay out milestones and delivery dates.