The Navy’s  nuclear-powered vessel propulsion builder, BWX Technologies [BWXT], said they see increasing support for a second Virginia-class attack submarine and do not expect a potential continuing resolution in the fall to negatively impact the company.

“The House and Senate Armed Services committees are slated to provide their markups to the president’s budget request in the coming months, and we are seeing incremental bipartisan support for a second Virginia Class submarine in the FY ’21 budget discussions,”  CEO of BWXT Rex Geveden said during a in a quarterly earnings call with analysts May 5. 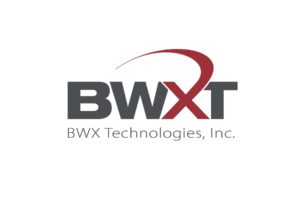 “We continue to work with the Navy customer on the next multiyear pricing agreement, and we are providing pricing information for both one and two Virginia-class propulsion systems in government FY ’21,” Geveden continued.

Several lawmakers then denounced the plan of nine rather than 10 submarines as in previous service shipbuilding plans (Defense Daily, Feb. 12).

Geveden said the company still anticipates and is planning for the next multiyear pricing agreement to cover two years, FY ’21 and ’22, and to include four Virginia-class submarines and the Columbia-class ballistic missile submarine.

“We may see a scenario where the second Virginia-class submarine haul is not ordered but the nuclear propulsion equipment for a second submarine is still ordered with advanced procurement funding. This would enable the government to keep shop hours balanced and take advantage of cost efficiencies through optimized production volume for these key systems that BWXT provides for the Navy’s nuclear fleet,” he added.

During the Navy’s bress briefing on the contract announcement, Navy officials underscored the Block V Virginia award includes 10 ship sets of all supplier material even though the 10th vessel is optional to keep up the work pace and make the 10th vessel more practical.

In a February earnings call, Geveden said if the Navy ultimately only decides on one submarine for FY ’20-’21 that could hit the company’s bottom line (Defense Daily, Feb. 25).

“If that Virginia procurement turns into one for 2021 and coupled with some other delays, it certainly puts pressure on our three- to five-year scenario. But we have to go and evaluate exactly where we are if those two things happen,” Geveden said at the time.

Separately, Geveden said this week a continuing resolution this fall should not hurt the company and he expects it to happen.

“In a continuing solutions scenario, normally, the funding is year-over-year funding and content are similar. So I think that would actually be a favorable situation for us.”

“What would happen in a CR scenario, I think with the CR scenario, we probably just carry on as normal, doing two Virginia ship sets a year. So I certainly doubt we will have a full appropriation done by the beginning of government fiscal year ’20. So I think that, that decision will be hanging out there for some time,” he added.

BWXT Still Having Problems With Missile Tubes For Nuclear Subs