Defense authorizers in the U.S. House and Senate are pushing for a rampup of the Light Attack Aircraft to support special operations forces (SOF) on the ground.

H.R. 2500 and S. 1790, the House and Senate versions of the Fiscal 2020 National Defense Authorization Act, contain amendments by Reps. John Rutherford (R-Fla.) and Michael Waltz (R-Fla.) and Sen. Marco Rubio (R-Fla.), that would allow U.S. Special Operations Command (SOCOM) to buy the planes after SOCOM certifies a “mission capability gap and special-operations-forces-peculiar acquisition requirement exists which can be mitigated with procurement of a light attack aircraft capability.” 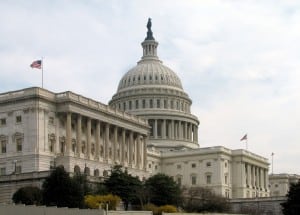 The amendments also provide that the Air Force secretary “shall use or transfer amounts authorized to be appropriated by this act for Light Attack Aircraft experiments to procure the required quantity of aircraft for Air Combat Command’s Air Ground Operations School; and Air Force Special Operations Command for Combat Air Advisor mission support.”

“By enabling this program, it will allow the Air Force the ability to execute Combatant Commander requirements and task orders in order to preserve high fidelity fifth-generation fighter aircraft such as the F-35 Joint Strike Fighter for a near-peer fight,” the letter said.

As the Air Force continues its light attack aircraft program with the Textron [TXT] Aviation AT-6 Wolverine and the Sierra Nevada Corporation (SNC)/Embraer A-29 Super Tucano, the military service plans to conduct experiments to ensure that the planes’ avionics networks are compatible with those of other military services and national defense forces.

The Air Force released a final request for proposals Oct. 24 to procure no more than six light attack aircraft in the coming months. The Air Force plans to buy the planes with unused fiscal year 2018 or fiscal year 2019 funds, which would be split evenly between the AT-6 and A-29. Contract award is expected by the end of the year for the A-29 and in early 2020 for the AT-6.

Textron has said that the AT-6 Wolverine is “compatible with all fielded U.S. joint terminal attack controller (JTAC) digital voice/data/video capabilities and with their NATO equivalents.”

The company has said that the aircraft has a CMC Cockpit 4000 avionics suite that is Federal Aviation Administration-certified and that the aircraft uses the same Lockheed Martin [LMT] combat mission system featured in the A-10C Thunderbolt II. The pilot/vehicle interface and cockpit are similar to that of the Air Force’s F-16 fighter jet, according to Textron.

For its part, SNC said that the A-29 Super Tucano fulfills the interoperability requirement for the Air Force light attack aircraft program “along with inclusion of Link-16 to enable additional data sharing.”

Air Force Chief of Staff Gen. David Goldfein has said that the program’s focus is how a light attack aircraft can help U.S. allies and partners to confront violent extremism and conduct operations within their borders through a common architecture and a digital network to connect platforms, sensors and weapons.

Air Combat Command at Nellis AFB, Nev. is to use the AT-6 Wolverine to develop “exportable, tactical networks that improve interoperability” with allied nations, while Air Force Special Operations Command at Hurlburt Field, Fla., is to use the A-29 Super Tucano to develop an instructor pilot program for the combat aviation advisory mission to meet the increased number of allied nation requests for light attack aid, the Air Force said.

Air Force efforts to develop a low-cost light attack aircraft stretch back to Vietnam, including the Cessna A-37 Dragonfly–nicknamed “Super Tweet”–during Operation Combat Dragon in South Vietnam in 1967 in which the aircraft flew 10,000 close air support sorties and Combat Dragon in 2013 in which the Air Force sent two OV-10 Broncos to U.S. Central Command for evaluation.

The Air Force decision to acquire the Navy-developed A-1E Skyraider during Vietnam “saved American lives, and it also saved American taxpayers enormous up-front costs for research, experimentation, development and time,” Waltz wrote in an Op-Ed last month. “We can do something similar now, but the Air Force has been dithering for over a decade. I say let the Special Operations Command do it. SOCOM Commander Gen. Richard Clarke said a light-attack platform is essential for its forces and the mission it serves.”

In 2017, the Air Force launched the light attack experiment – also known as OA-X – by testing four off-the-shelf aircraft, including the A-29 and AT-6, at Holloman AFB, New Mexico, but of late has received skepticism from lawmakers as the scope of the program has significantly decreased.

The F-35 is to receive enhanced close air support capabilities through the Block 4 software upgrade program, which the Government Accountability Office estimated will cost $10.5 billion.

In June, Lockheed Martin awarded Cubic [CUB] Mission Systems a contract to provide a video data link for the F-35 to give JTACs full-motion video and thus better situational awareness for improved targeting and fewer chances of fratricide and collateral damage.

The VDL for the F-35 “is an important capability to have on the F-35 against near-peer adversaries but it’s not the capability that is needed in the fight against counter-insurgents today,” according to a congressional staffer. “Given the enemy in that particular mission scope, being able to fly at lower speeds is vital to allow pilots to see enemy targets and fire their weapons in a very fluid battlefield and in close proximity to friendly forces.  The Air Force identified a need for a platform that could land on rugged airstrips, be able to stay over the battlefield for extended periods of time and support our allies in those regions. A light attack aircraft is the best platform for that mission, not an F-35.”

Since August, the F-35 Joint Program Office, Lockheed Martin, and Cubic have not responded to email questions from sister publication Avionics International on the compatibility of F-35 avionics with the L3Harris Remotely Operated Video Enhanced Receiver (ROVER) system carried by JTACs for the exchange of full-motion video. ROVER is compatible with targeting pods, such as the Northrop Grumman [NOC] Litening and Lockheed Martin Sniper. The JPO has said that draft responses to the questions are under security review.