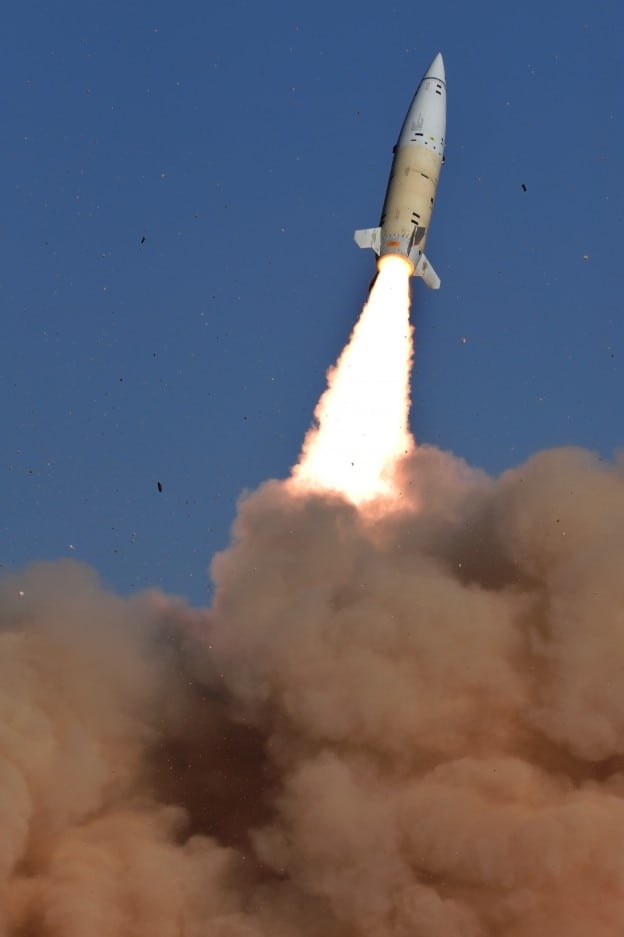 HUNTSVILLE, Ala. – A team of senior Army leaders, acquisition officials and engineers empowered to work directly with industry on a specific need will deliver a long-range precision artillery missile as many as five years sooner than originally planned.

The long-range precision fires (LRPF) cross-functional team (CFT) plans on buying prototypes of the Precision Strike Missile, a successor to the Army Tactical Missile System (ATACMS), in fiscal 2019 and could deliver operational copies in 2022 or 2023, years ahead of the expected 2027 deadline, according to CFT leaders.

“One of the things with the cross-functional team that was very effective was bringing decisions to leaders to say that’s too long, we can’t wait that long because we’ve been out of production of Army tactical missile systems for … 11 years now,” Barry Pike, Army program executive officer for missiles and space, said. “That was executed through the cross functional team, with the operational community coming in to say we can’t wait until 2027.”

The eight CFTs formed by the Army are defined by their access to high-up operational and acquisition officials, the ability to define rock-solid requirements and apply resources to immediate solutions to those needs.

Brown and other CFT leaders at the Association of the U.S. Army’s Global Force Symposium here have repeatedly said that the authorities granted the CFTs have led to unexpectedly swift results.

“Working directly with industry, the CFT, operational community, acquisition community all working together with industry, we were able to poll them and see that they could actually deliver prototypes for flight testing starting next year,” he said. “So, in 2019 we’ll actually be able to get some results from first-flight test.”

The Army has planned on an initial operational capability for the precision strike missile in 2025, Pike said. Given an urgent operational need and successful prototype demonstrations in fiscal 2019, the Army could choose to buy a number of the early prototypes and field them as early as fiscal 2022 or 2023, he said.

Pike, who works closely with Brig. Gen. Stephen Maranian, commandant of the Army’s Field Artillery School and leader of the LRPF cross-functional team, said the plan is to field a missile with an open-systems architecture so that new capabilities can be added later. That way, operational units can field a baseline missile sooner and then integrate new technologies as they come online, rather than wait nearly 10 years for the ideal weapon system.

“If we have that capability and can build additional prototypes, if we have the resources to do that, which I believe we will have, it will enable us to align the future capabilities, of future spirals of that missile, that will bring additional capabilities to the fight,” Maranian said.

Future capabilities should include striking both moving and/or moved targets on land and at sea, the ability to deliver precision fire against specific signals emanating from enemy integrated air and missile defenses and to deliver munitions that can destroy armor at long range, Maranian said.