Ohio A World Ahead Celebrates One Giant Leap 50ᵗʰ Anniversary

A day of Celebration and Remembrance of first steps on the moon – July 20, 2019

CLEVELAND, June 13, 2019 /PRNewswire/ — On July 20th, 1969, astronauts Neil Armstrong and Buzz Aldrin landed in the Lunar Module Eagle and became the first humans to step foot on the moon. A man on the moon has been championed by many as one of the single greatest achievements in the history of mankind and was viewed by 600 million people. 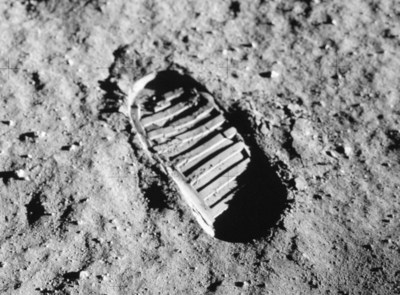 On July 20, 2019, the 50th Year Anniversary of “One small step for man; One giant leap for mankind,” as spoken by Ohioan, Neil Armstrong, will be promoted by Ohio A World Ahead with a Day of Celebration and Remembrance.

“Citizens and companies nationwide are organizing events to commemorate this iconic day in world history,” said David Zavagno, founder of Ohio A World Ahead.  As long as human beings have lived on earth, they have looked at the starts and saw their heroes in the constellations. Every human being who now looks up at the moon understands there is some corner of another world that is forever mankind.

President Kennedy believed because the goal will serve to organize and measure the best of our energies and skills, because that challenge is one that we are willing to accept, one we are unwilling to postpone, and one which we intend to win.

“Space is there, and we are going to climb it. And the moon and the planets are there, and new hopes for knowledge and peace are there. As we set sail, we ask God’s blessing on the most hazardous, dangerous, and greatest adventure which man has ever embarked.”

Richard Branson, one of today’s space pioneers, is creating a new era of space exploration. “I have been dreaming of space travel since I watched the moon landings from a tiny black-and-white television screen in 1969 and looked up to the skies in wonder. I was in awe of the courage it must have taken – to turn something seemingly impossible into a reality,” said Branson.

“This fascination with flying, breaking boundaries and exploring the great unknown has never left me. It is evident that we are finally at the dawn of a new age of space exploration, which will see reusable space vehicles built and operated by commercially successful private companies, transforming our business and personal lives in ways that we have yet to comprehend fully.”

The plaque unveiled on the moon states: HERE MEN FROM THE PLANET EARTH FIRST SET FOOT UPON THE MOON JULY 1969 A.D. WE CAME IN PEACE FOR ALL MANKIND

On July 20, 2019, may the world come together to celebrate our endless journey in space as “One People” on the planet earth.

We also honor the state of Ohio and the Ohioan, Neil Armstrong who was the first man on the moon. To receive more information on all the notable individuals and achievements started in Ohio, send an email to DZ@OhioAWorldAhead.org and join our upcoming newsletter and announcement of the launch of the website.

SOURCE Ohio A World Ahead