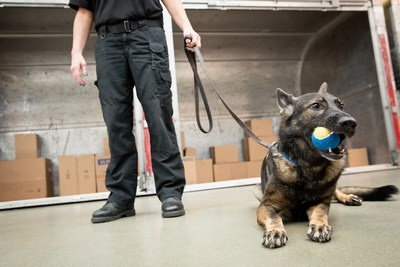 MSA completed its first week of testing at its Memphis training center. TSA was present on Monday November 12th to observe the entirety of the testing process, conducted in common air cargo operational environments. 10 of MSA’s Windsor Teams have since passed testing, and an additional 40 are scheduled to do so before the end of the year. Each of these teams have been trained specifically for air cargo deployments and have already been conducting supplemental screening in actual air cargo environments. Testing will continue in 2019 with all 90 air cargo teams scheduled for testing in the next 60 – 90 days as MSA prepares its entire air cargo fleet to operate in regulated air cargo environments throughout the country.

“MSA is pleased that 10 teams have already met the very high standards established by the TSA,” announced Anthony Grassi, Air Cargo Training Administrator for MSA Security. “We believe this test reflects a much higher standard than private sector canine teams have previously been required to meet. MSA’s success is the result of years of investment in our air cargo training and deployment methodology led by our canine experts, bomb technicians, and explosive chemists. All of these factors have enabled our world renowned Windsor Program to produce explosive detection canine teams with the agility and accuracy to substantially enhance security solutions for the air cargo industry.”

“Properly trained canine teams have been proven to be the most effective and efficient method of explosive screening,” stated Glen Kucera, CEO of MSA Security. “We commend the TSA for the implementation of this program, which will elevate the overall safety of the aviation industry. The incorporation of additional teams in the air cargo screening process is guaranteed to increase operational efficiency, reduce screening costs, and improve business continuity. With the industry’s most robust network of canines and handlers, all of which undergo rigorous vetting and training, MSA is well positioned to support the air cargo industry under anticipated TSA regulations.”

MSA is America’s largest provider of explosive detection canines, featuring over 500 active explosive detection canine teams in the field, 90 of which are currently dedicated to air cargo deployments. In 2004, MSA’s Windsor Program received the first DHS SAFETY Act Certification, and is the only company to have consistently maintained the highest level of certification for 14 years. MSA currently operates 4 domestic and 2 international training facilities in leading global cargo hubs with an additional 6 facility openings planned for 2019. Due to a global increase in shipping and logistics, the protection of the air cargo sector with top-tier explosive detection solutions has become critical and MSA is poised to meet increased demand and new regulatory requirements.

About MSA Security
Founded in 1987, MSA Security is a global security firm with more than 30 years of experience protecting enterprise-level facilities from high consequence threats. MSA is headquartered in New York City and has over 1,000 employees—including 500 explosive detection canine teams—operating in 42 states and 42 countries. The firm offers a range of customizable solutions, including explosive detection, protective services, intelligence, investigations and consulting. For more information, visit msasecurity.net. 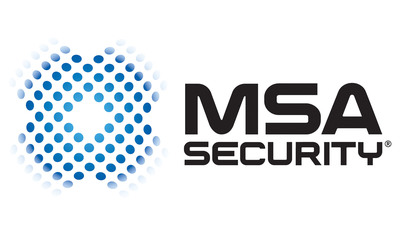