PITTSBURGH and WASHINGTON, May 31, 2019 /PRNewswire/ — Astrobotic was selected today by NASA’s Commercial Lunar Payload Services (CLPS) program to deliver 14 payloads to the Moon on its Peregrine lunar lander in July 2021. With this $79.5 million CLPS award, Astrobotic has now secured 28 payloads for lunar delivery as part of its first mission.  Fifty years after Apollo 11, Pittsburgh’s Astrobotic is returning America back to the Moon in partnership with NASA. 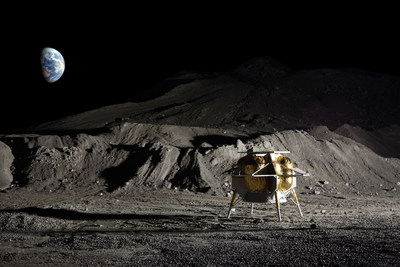 Today’s announcement of a firm fixed price contract to deliver NASA science, exploration, and technology demonstration payloads to the Moon is a culmination of Astrobotic’s 12 year history as the pioneer in lunar delivery.  Born and bred in Pittsburgh, Pennsylvania, one of America’s advanced technology epicenters, Astrobotic is leading the world in lunar payload sales.   Astrobotic’s 28 payloads represent 8 different countries (including the United States).  Payloads comprise of resource development, scientific investigation, technology demonstration, exploration, marketing, arts, and entertainment.  NASA’s CLPS selection, along with our existing manifest of signed customers, affirm that Astrobotic’s American-designed Peregrine lander is the market choice for payload customers worldwide.

“Today is a historic day for Astrobotic and the commercial lunar market,” said Astrobotic CEO John Thornton.  “It is an awe-inspiring responsibility to be charged with delivering NASA’s payloads alongside our existing manifest of customers.  Astrobotic was founded on the tenets of technical excellence, credible timelines, and value to customers. NASA’s confidence in our services is a testament to the hard work of the Astrobotic team, which spent 12 years making commercial lunar delivery a reality.  Today, that hard work has come to fruition.  We are proud to join NASA in returning America to the Moon.”

Peregrine is a lunar lander product line that will carry uncrewed payloads to the Moon.  With Peregrine’s robust delivery capacity, the lunar surface is open to companies, governments, and universities, and individuals.  The vehicle has passed an industry-standard Preliminary Design Review and the program will build and test a Structural Test Model followed by a Critical Design Review later this year.  Peregrine will launch in June 2021 with a planned landing in July 2021.

With 28 payloads now on board for Peregrine Mission One and a healthy payload pipeline for follow-on Peregrine missions to the Moon, Astrobotic is expanding operations and growing its team.  Career openings are available online now at the Astrobotic website, and we invite the nation’s best technical talent to make history with us.

Astrobotic Technology, Inc. is a space robotics company that seeks to make space accessible to the world. The company’s lunar lander, Peregrine, delivers payloads to the Moon for companies, governments, universities, non-profits, and individuals for $1.2 million per kilogram.  Astrobotic was selected by NASA in May 2019 for a $79.5 million contract to deliver payloads to the Moon in 2021.  The company also has more than 30 prior and ongoing NASA and commercial technology contracts, a commercial partnership with Airbus DS, a corporate sponsorship with DHL, and 28 payloads signed on for Peregrine’s first mission to the Moon.  The company is also an official partner with NASA through the Lunar CATALYST Program.  Astrobotic was founded in 2007 and is headquartered in Pittsburgh, PA. 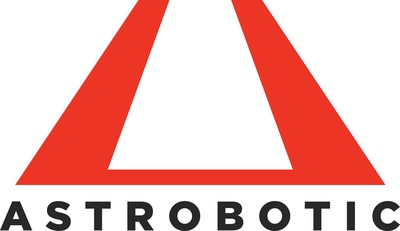